In this post we will be presenting some very important facts and research to address the onslaught of anti-vaping news.Also, the general reports of sickness supposedly stemming from vaping. Let’s begin with the 6 reported deaths as well as over 450 cases of illness associated to using electronic cigarettes . The media carelessly or even possibly very intentionally is painting all vaping with one broad brush stroke. If you dive deeper into this issue, you’ll find out that almost all of these illnesses are related to vaping cannabis products. More specifically, vaping liquids which contain THC and vitamin E acetate which neither are present in your normal nicotine e-liquid.

Why is this happening and what is causing this outbreak of pulmonary illness?

Tocopheryl acetate (vitamin E acetate) is a common vitamin supplement which is often used in dermatological products. Such as skin creams as well as various foods – NOT IN e-Liquid. It’s present in most synthetic marijuana manufacturing. Although it’s safe on your skin or in food consumption, it doesn’t do so well when you heat and inhale it. Health officials have indicated that when you vape the vitamin E oil, after it turns into vapor and is inhaled into the lungs, it returns back to its oil state. 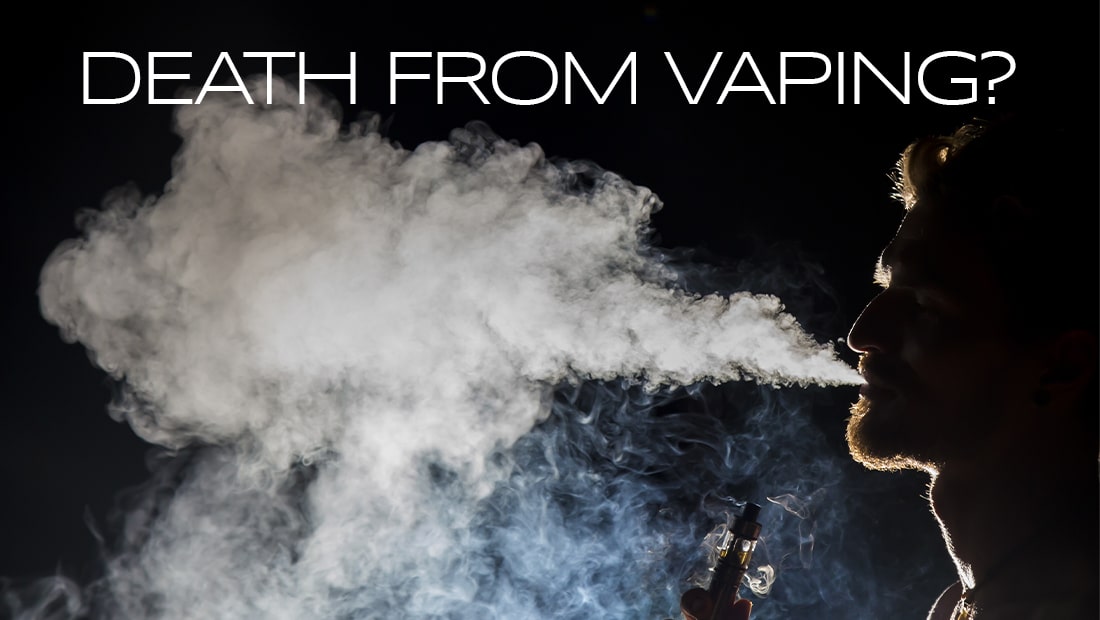 That’s not all. Vaping marijuana concentrates is also dangerous because a lot of time they are made using butane and propane extraction. This is also very hazardous to the lungs and body. People acquire these popular products on the black market illegally or in unauthorized shops which don’t have to comply with any sort of standard or regulation.

There have also been reports of people getting sick from using JUUL products which brings me to my next point. The market is flooded with fake JUUL pods from China which are not manufactured by JUUL yet look almost identical to the real thing.

The truth of the matter is that vaping regular nicotine e-liquid has been in practice and on the market over 10 years now. If these problems were in any way related to vaping regular e-liquid, we would have seen these sorts of results much earlier.

6 deaths from “VAPING” and 450 plus cases of related illness after over 10 years?

Well, what about the 1300+ deaths which occur every single day from smoking cigarettes? No mention of the countless cancers, lung related or physical ailments which occur from regular smoking, right?
NO! Let’s create panic and ban flavored E-liquid. If your concern is related to youth gravitating to vaping because of flavors. 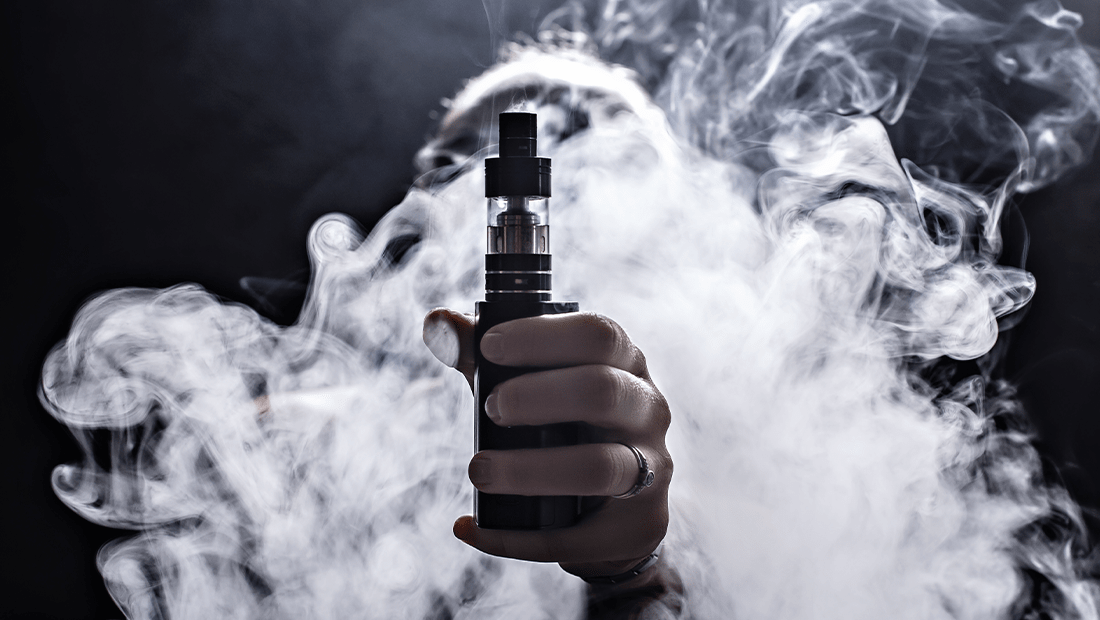 What about the massive amount of flavored alcohol on the market? What about GMO’s, hormones and synthesized chemicals in foods to give them flavor and color? All of those are perfectly acceptable but flavored E-liquid is NOT, right?

Almost all these problems are associated to people who are too young to be using these products. Which says more about their parents who refuse to take responsibility than the products themselves. Those young people who are blowing up social media about their terrible outcomes are also obsessed with gaining insta fame. And as getting many followers as possible they validate their existence in today’s world.

The FDA’s clamping down on flavored E-liquids, but they approved the IQOS from Big Tobacco without any concerns or reservations. Even though it’s been on the market for only a few years. After scientist conducted experiments and trials with the IQOS they recently published a rather disconcerting conclusion. The MRTP application suggested that IQOS may be causing liver damage not observed in cigarettes.

Hepato-toxicity implies chemical – driven liver damage. Drug-induced liver injury is a cause of acute and chronic liver disease. Thank you, FDA, for allowing another product from Big Tobacco which yet presence a whole new chronic disease which was not present in cigarettes.

The big question here is why is this happening now? Why is the media skewing this narrative so much?

To find the answer you have to ask, who’s been profiting from smoking during the last century?

BIG TOBACCO COMPANIES and vaping is causing those companies to lose massive amounts of profit and they don’t like that one bit. Tobacco is a massive money industry. It’s big money for government and for companies that sell smoking sensations and big Pharma. Anti-smoking campaigns are a massive fundraising opportunity as well. Now they turned their focus onto vaping.

Where is the science that proves that vaping is harmful?

There is none! Where’re the doctors that say without a doubt these problems stem from vaping regular e-liquid not some foreign or home-brew knock off? There is such evidence! It’s the talking heads of media conglomerates that survive on ratings and clickbait. They are the ones who are pushing and inflating the narrative.

Do not bend to social pressure into complacency. Bad news dominates the headlines. All the positive scientific data which has been presented in support of vaping is all equated to data which hasn’t been collected for not a long period of time.

One would assume that the FDA and other government regulatory associations priority is to protect public health. Well, it turns out that’s not at all the case. The reality is, the more money Big Tobacco makes, the more money each state receives.

Here is a video that does a fantastic job at diving deeper into this subject matter. A lot of what I’m going to mention next stems from there and pulls back the veil from the darker truth. 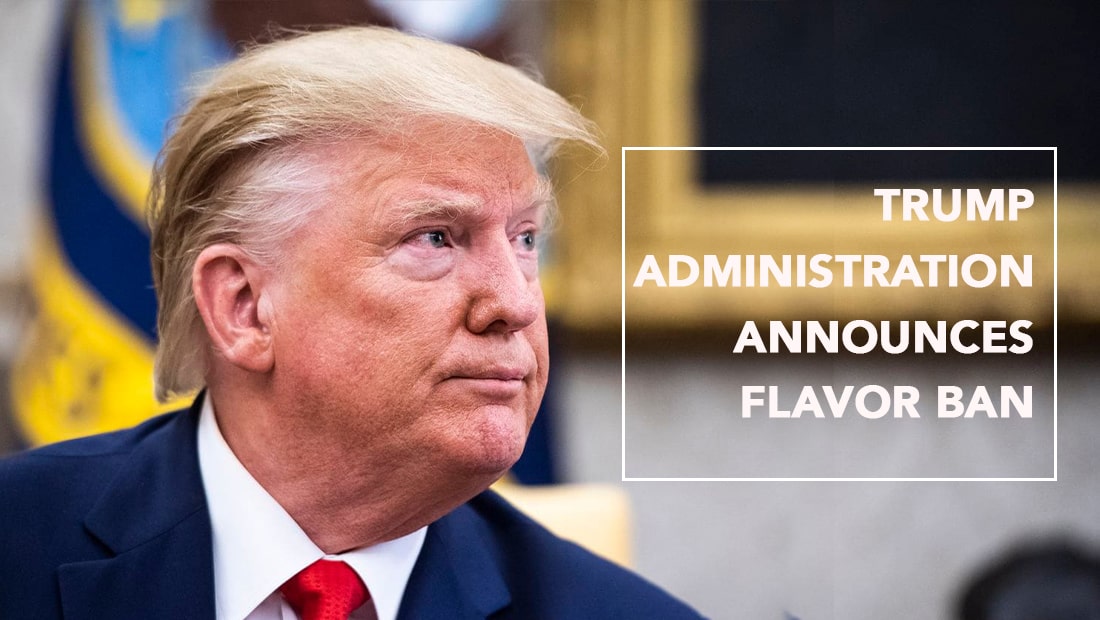 Just today, Donald Trump and the First Lady personally decided to weigh in on this matter by saying that vaping is bad and dangerous without proving any scientific data whatsoever. They think it’s a dangerous epidemic according to them. Not gun violence or the use of Tobacco or alcohol which the government profits from.

What can you do about all this?

How can you make an impact and get involved to make your voice heard?

I urge you, please look into further research regarding e-cigarette usage and review the decision to ban e-Liquid flavors for yourself in the links below. There will also be several links there to national petitions where you can participate and make a difference. As well as stop Donald Trump from signing the federal flavor ban of e- cigarette products.

Please stand up for your right to vape before it’s too late. Help all of us from going back to smoking cigarettes and deteriorating our health once again.  I would also like you to help spread this message. So, feel free to share this post/video so others can be more informed.