What is Synthetic Nicotine?

Most of us have grown up with the knowledge that nicotine comes from the tobacco plant, being the leading active ingredient in cigarettes and other tobacco products. Nicotine is, of course, also the active ingredient in e-liquids, which is why so many of us had no problem switching from smoking to vaping.

But, as the vaping industry has continued to evolve, it’s developed a number of innovative means for improving the vape experience. One particularly fascinating advancement is that of synthetic nicotine, also known as TFN (tobacco-free nicotine). As the term implies, this is a synthetic nicotine compound that is not derived from tobacco in any way. While it may sound questionable at first impression, it may actually offer some massive benefits to the vaping industry as well as vapers themselves.

So, what exactly is synthetic nicotine?
We know that most people associate “synthetic” with unhealthy or cheap, but that’s not the case with TFN. Synthetic nicotine is the result of serious chemistry achievements, in which a compound was developed that completely behaves like nicotine in the body, without coming from the tobacco plant.

Now, synthetic nicotine can be produced in a few different ways, and most of these ways involve an organic starter material, which means that it’s not necessarily the Frankenstein of the natural world that it sounds like it is. Chemistry is a fast-evolving science in which replicating the behavior of specific compounds is nothing new. But, this particular discovery has some serious implications in the vaping world, as we will soon be covering.

Basically, if you’re someone who uses nicotine, it’s unlikely you’ll notice a difference in terms of the effects. When synthetic nicotine is inhaled into the lungs, the body believes that it’s the same nicotine that it’s used to and creates the same responses. This means that you won’t feel less satisfied or experience any side effects that don’t come from regular nicotine.

It’s also important to note that TFN comes in both freebase and salt nic options, so if you’re married to one, you don’t need to give it up due to this new development in the vaping industry. It creates the same type of nicotine sensation that vapers are used to and can provide the same quality of throat hit.

The Advantages of Synthetic Nicotine

There are some fascinating advantages of TFN that benefit the vaping industry as well as those who partake in vaping.
Nicotine compounds taken from tobacco maintain trace amounts of other tobacco compounds, despite the intensive purification processes they are subjected to. This means that anyone vaping an e-liquid with regular, tobacco-derived nicotine is getting small amounts of other tobacco compounds with each puff. For heavy vapers in particular, this adds up, and not necessarily in ways that are desirable, as some of these compounds may have toxic properties. 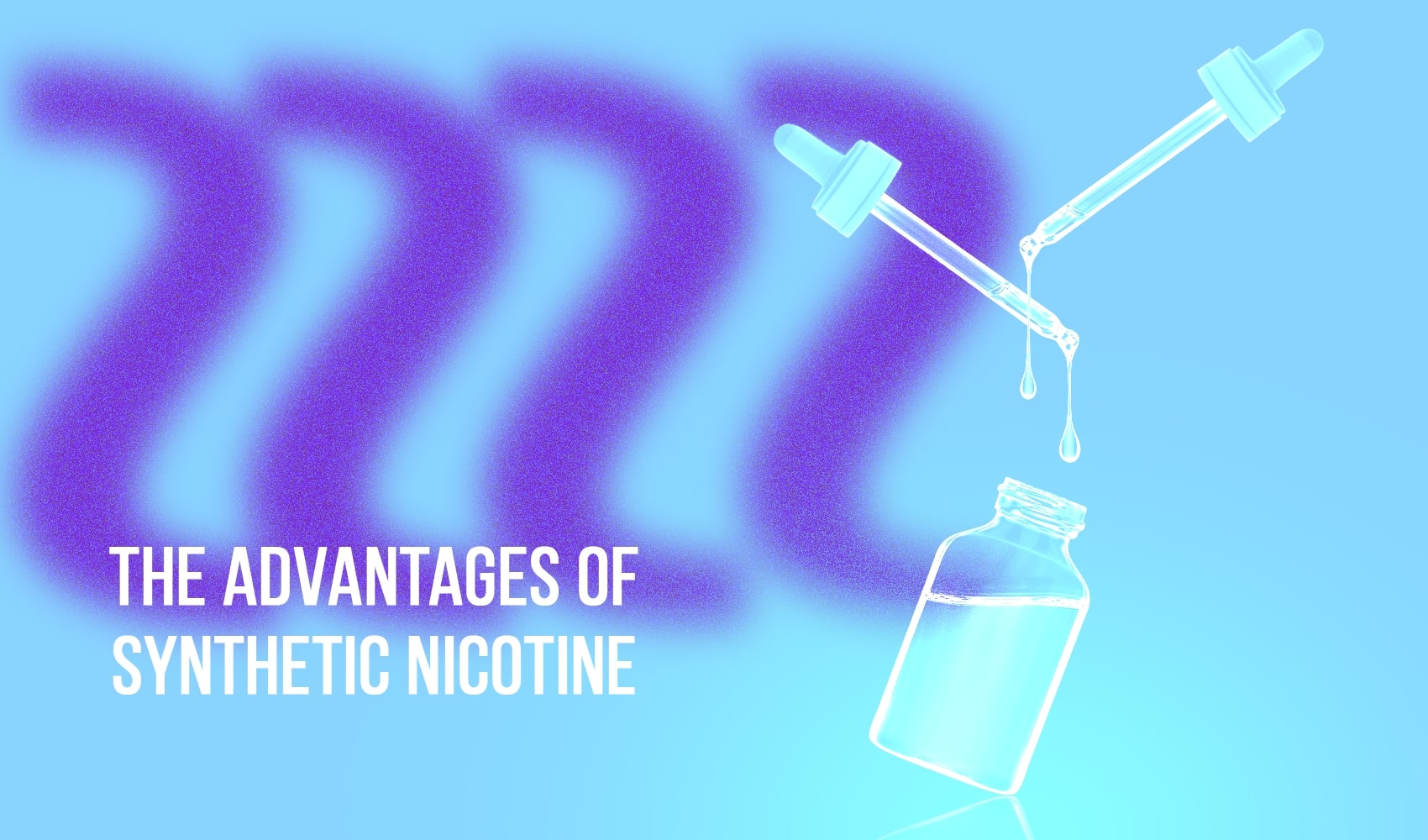 It’s worth pointing out that synthetic nicotine can be formulated into both salt-based nicotine and freebase nicotine, which means that as a vaper, you wouldn’t have to give up your preference if you were to switch to TFN. Salt-based nicotine is simply the pure nicotine compound blended with benzoic acid, which helps it be vapeable at potent levels without causing serious irritation. Freebase nicotine is harsher, and more ideal for higher-wattage vaping systems at lower concentrations, for those who desire less nicotine intake throughout the day. Both can be formulated with the synthetic nicotine that is now becoming a popular component of the vaping industry.

If you are a DIY vaper, you can find synthetic nicotine on the market that can be used as an ingredient in your juice batches. The great thing about it is that there’ no need to change formulations. Synthetic nicotine is used interchangeably, milligram for milligram, and so you do not need to come up with a new math equation to enjoy that perfect nicotine hit.

You can also find plenty of commercial vape juices made with synthetic nicotine on the market today. As it’s becoming an increasingly popular option, an influx of companies are switching over to it, due to the nicotine’s purity and because it helps their products not be classified as tobacco goods. Therefore, if you are eager to try TFN for yourself, you can easily find it as you shop for vape juices.

There is no doubt that synthetic nicotine is a serious game changer in the vaping industry, offering a whole new way to experience this compound without taking in any other bits of the tobacco plant along the way. We don’t know what the future holds for synthetic nicotine, or just how popular it will become, but we can say that it’s yet another example of how the vaping industry continues to develop new innovations to benefit the vaper.